Innovation. This was the keyword when it came to this Gold Coast kitchen which took home the prize of “Kitchen of the Year” from Kitchen & Bath Business Magazine in 2015. 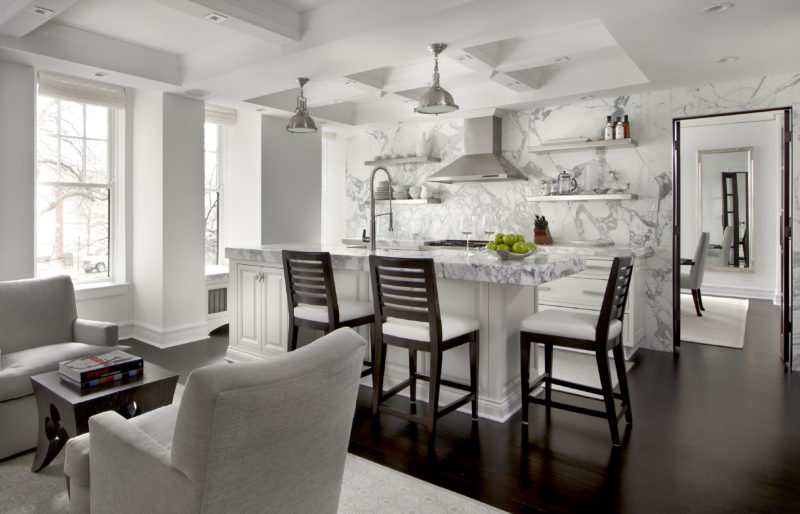 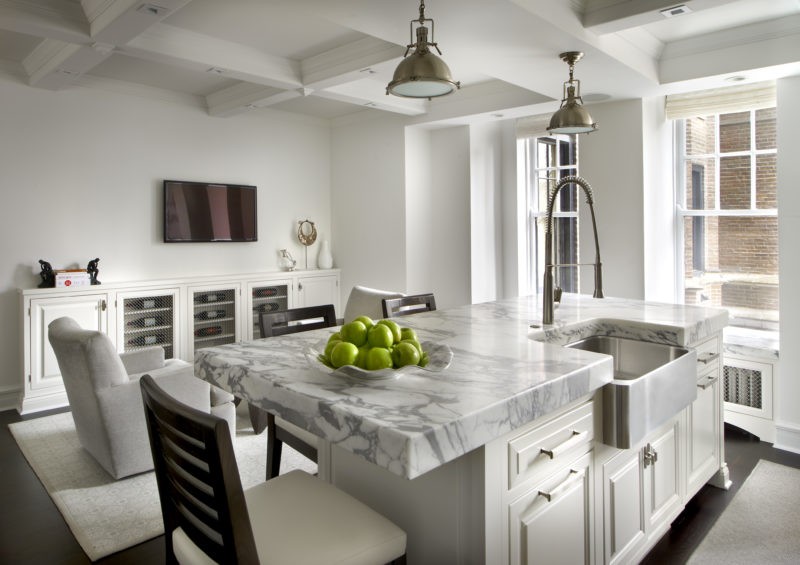 Innovative techniques came into play with space planning. Dresner accommodated wine storage with a 9”deep cabinet where wine bottles can lay on their sides horizontally so not to take up too much floor space in this small city kitchen. His team demolished the ceiling and removed the existing 6” cans allowing a gain in ceiling height. In addition, Dresner created a beam system that houses small modern halogen lighting. To avoid blocking any natural light, Dresner opted to use a Calcutta slab backsplash with floating stainless shelves as opposed to upper cabinetry. 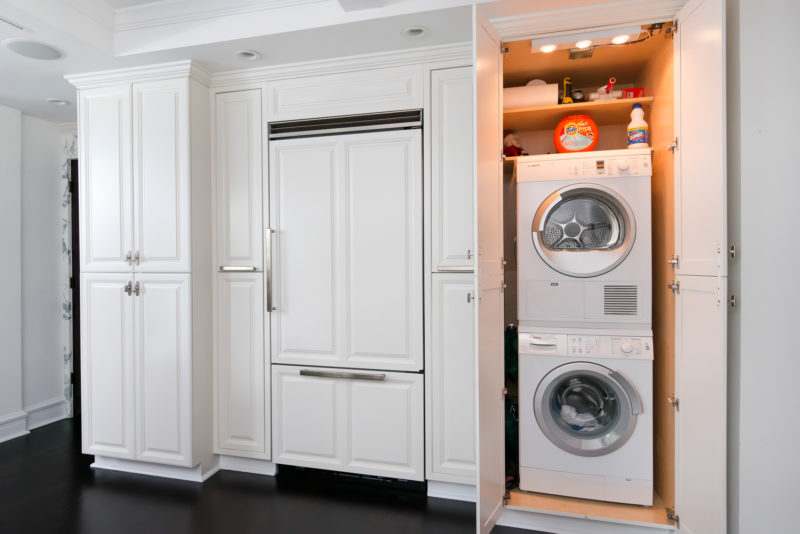 The esteemed project is located in Chicago’s Gold Coast in a 1920’s building. It’s hard to believe this space used to look like what designer Dresner called “a medieval dungeon – dark and small. “This is a very old building and there were a lot of skeletons in the closet”, says Dresner. “Every single thing had to be redone. The electrical was a in disarray and there was no existing laundry room or way to vent a dryer”. 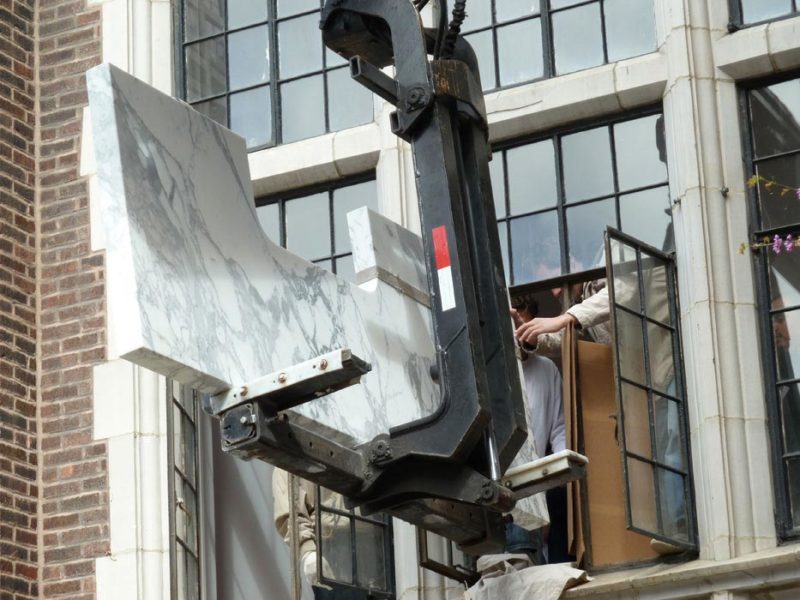 The building wasn’t able to accommodate the 2000 pound Calcutta Gold kitchen island in its freight elevator so Dresner’s team craned it through the living room window with an inch and a half to spare. In addition, they redid all the electrical and created cabinetry that housed a vent-less washer and dryer.

“I designed everything the way I would want it if I lived there. I designed the kitchen island big enough to allow for seating, cooking and prep but small enough to accommodate a small sitting room”
– Scott Dresner 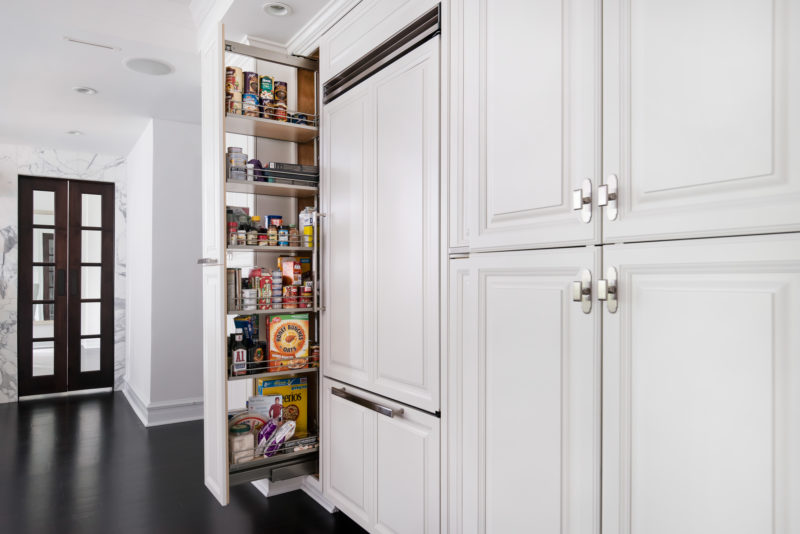 See more of this home in our portfolio here.
All photos by Jim Tschetter.